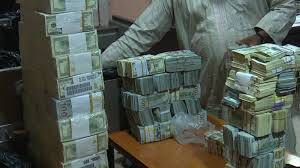 The report further disclosed Nigeria production of solid minerals in 2015 was 39.27 million tonnes. This shows a downward of 17% from the 47.1 million tonnes that were in early 2017.

Cement manufacturing companies’ lead in revenue generation in solid minerals, contributing more than 60%. Also, construction and mining companies pulled a string by contributing about 31% and 8 % respectively.

The National Bureau of Statistics report on the States Disaggregated Mining and Quarrying Data for 2016 shows by 2015, Osun state came top in solid minerals production with 36%, while Ogun, Kogi, Cross River states and the Federal Capital Territory contributed 70% production.

Improvement in tax collection and the review of royalty rates paid by companies were some of the core factors that led to increases in revenues in the sector the report shows.

By 2011 NEITI had carried out a study in solid minerals, this was followed by an independent audit of the solid minerals sector in 2012, covering 2007 to 2010. The audit reports show that Nigeria generated N271.77bn revenues from solid minerals in the periods of 2007 and 2015.

Glad to see Nigeria make a good effort in opening up her solid minerals sector, however, it is important for the state to make the needed investment in the sector. And in that way, the success made will be sustained. One of the ways to go is to immediately release the N30bn Solid Minerals Development Fund that has been approved by the Federal Executive Council, which NEITI recommended in its report.

Apart from insufficient funding affecting the sector, insecurity, and difficulty in getting mining license are some of the major factors that have adverse effect on the solid minerals sector. Therefore, it is important the state immediately address the difficulty in getting mining license and address insecurity especially in the rural community that often hosts mining sites.

US EITI Exit: Implication for Africa