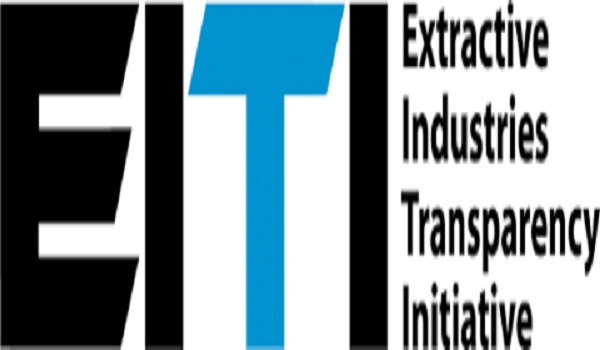 The Extractive Industries Transparency Initiative (EITI) came into being in 2003, with the core aim to lessen corruption and enhance accountability for the proficient use of extractive revenues. With support from the World Bank, oil producing countries, International Oil Companies and investors converged and set principles for transparency in the oil and gas sector known as the EITI standards. And, in these standards, countries that have signed on to them have agreed to make available data on natural resource revenue to the public and to EITI. Conversely, companies who are EITI membership are to make available information on government payments. This is primarily to step up accountability in the natural resource revenue. Interestingly, by 2014, 48 countries had implemented EITI standards while over 237 reports published.

Good as this initiative sounds, on the 2nd day of November 2017, America announced her withdrawal from EITI. Apart from this action denying Americans’ access to public disclosure, it has political implications for Africa and the entire EITI.

Prior to the withdrawal, America has had the decision to exclude section 1504 Dodd-Frank Act that seeks to make it a mandatory disclosure of project level payment data by extractive companies. However, the state action on EITI and Dodd-Frank shows clearly, the giant oil companies continue to win. Chevron and Exxon Mobil who are major oil companies made no pretense in their campaign against EITI standards. It is most worrisome that these companies are represented on the EITI international board. The question becomes, why take part in the process you do not believe in.

The US exit poses the question, do most countries particularly in Africa voluntarily sign on to international instruments and treaties or they are superimposed on them. The neo-colonial states had consistently accused Europe and North-America of imposing treaties and instruments on them even when they are not ready to be abided by such initiatives.

By this exit, US justifies Africa neo-colonial states position that the west does not recognize and value international instruments that are of Africa interest and benefit. The US action no doubt has a huge implication in extractive transparency campaigns that have been done by civil society organizations at the local, national, regional, continental and the international levels.

It is a logical imbalance for America to help in convincing African states to join as EITI countries, six years down the line she threw in the towel and left EITI.  US in defending her action, claims she has municipal laws that make it impossible for EITI implementation in the country. I do not know what they mean by municipal laws impediment, but one would have expected US, an advanced society to subject those laws to a national debate. And when that is done, some of the laws that are not in conformity with EITI principles will be reviewed. Yes, we know US can do this, but she simply refused in search for justification to pull out using the municipal law as an excuse.

At her exit, US promised, she will continue giving all necessary support for the EITI implementation. What US knows and blatantly refused to accept is that her withdrawal from EITI undermines the entire initiative. This action will further plunder Africa back to the Dark Age in the struggle for mandatory disclosure. This is more likely as most African leaders look at US as infallible and tend to copy her actions and state policies.

More worrisome is that US exit affirms the vulnerability of initiatives targeted to extractive transparency. And this further shows states can withdraw from international instruments, treaties and initiative and rely on their local policies and laws to justify their action. For instance, in spite the civil society involvement, Tanzania not quite long withdrew from Open Government Partnership (OGP).

Time has come for the civil society organizations to stand up in the defense of EITI. We do not expect US, an advanced capitalist state to continue her support for EITI. The US assault on the values of EITI is simply the internal contradiction of capitalist crisis and the global quest for state superiority.

Africans deserve better than to rely on the goodwill of the west to achieve transparency and accountability in her resources governance. We must come to a consensus while exploring natural resources can bring wealth, transparency legislation is fundamental to ensuring that the citizens aren’t shortchanged, we must not as Africans give up our natural resource benefit to tax-evading multi-nationals only to gain nothing in return.

Since 2002, US has actively involved in the EITI and has through her State Department and the U.S. Agency for International Development invested over $30 million to support EITI and helping developing countries in the EITI implementation. The US sudden withdrawal throws the burden on Africa to see if we can indeed make any meaningful progress without the West dictating and setting standards for us to follow. We believe this is an invitation for us to set and follow our own standards.

As we ponder on why the US exit, we must remember that both ExxonMobil and Chevron, both of them US oil giant have frantically opposed EITI and the Dodd-Frank Act. Both companies have refused to disclose taxes they have paid to the American government. They argue it is illegal for them to do so. This will no doubt make us understand why US is not keen on supporting EITI.

Obviously, US withdrawal from EITI poses a huge implication to resource-rich African countries, particularly when some countries, Zimbabwe, for instance, is yet to become an EITI country.  We had expected US a global power to show exemplary in helping in achieving extractive transparency, but unfortunately, that was not what we got.

With the America withdrawal, EITI countries, particularly in Africa, need to work harder to sustain the EITI success stories. We must have a radical departure and move beyond good will and intentions. No doubt, EITI has impacted enormously in the extractive transparency and accountability, but we need to show that to the world. And when that happens, America is likely to realize, EITI is in the best interest of all natural resource countries and US inclusive.